Why is it important to connect emotionally with your audience? 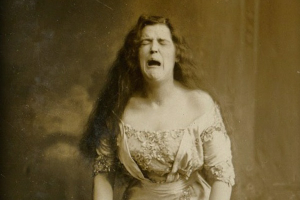 Oh Deng, I want to hug you one million times over. I am sad for you. I am crying for you. I am all swelled up inside for you and I am grieving for your mother, for her loss. I have shown your story to those closest to me and we have all cried together for you. I am proud of you. I am inspired by you. I want my boys to have your courage, determination, perseverance, and resilience. It only took 90 seconds and I have felt a bucket full of raw emotion. I am an emotional, heart-swollen, blubbering, love mess!

Do you want to see me cry? Was this your plan?

Deng Adut’s true life story of a child soldier who became a refugee lawyer was told in a 90 second advertising campaign, ‘Unlimited’ for Western Sydney University. The award-winning campaign has been viewed almost 3 million times on YouTube, has over 11 thousand likes on Facebook and has led to numerous media interviews BBC Worldwide, Sky News and Channel 7 news and publications in print media.

“Transmedia storytelling is the process of conveying messages, themes or story lines to a mass audience through the artful and well-planned use of multiple media platforms.” 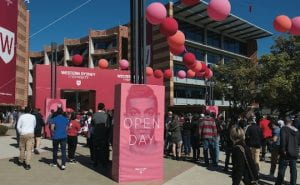 Current students drove the PR that generated media interest prior to the campaign launch. Past students told their stories online and at the university’s open day. High profile influencers, who had a connection (story) with Western Sydney University, were engaged to promote the ‘Unlimited’ campaign through their social media platforms using the hashtag #NewWS. And traditional forms of advertising were used to generate first-to-mind brand awareness: TV, radio, out-of-home displays throughout Western Sydney. (Source: https://www.marketingmag.com.au/hubs-c/case-study-western-sydney-university-rebrand/ ).

While the campaign was hugely successful, it would be interesting to see how successful it might have been without the emotional pull of Deng’s story. The emotional buy in generated an incredible response for Western Sydney University, for Deng and the campaign.

A task of capturing hearts and minds.

So, why might you want to see me cry? It seems the task of capturing hearts and minds is an essential key in the art of successful storytelling.

Now tell me honestly, did Deng’s story move you to a blubbering love mess? I’d love to hear your story of connection. Feel free to post below and we can have a good ole tear-jerker session together.

To say there is a remarkable contrast from my firs

#influencers #yesORno? - For me, brands need to ap

In April this year I made the decision to return t

Do you have your menu items available to purchase

Do you need an ONLINE SHOPPING site to help your b

Scary thought when there are more than 63,000 goog

And may we raise young men who respect them. #mum

#designprint - Here are the new drink coasters for

Are you sitting on the edge of the pool, wondering

What are the barriers to creating your business we

This error message is only visible to WordPress admins


Error: API requests are being delayed for this account. New posts will not be retrieved.